Louise Riencourt ( 1846-1941) was a French philanthropist. She admired the greek culture and she visited Athens to learn about it. After returning to France, her philhellenic feelings led her back to Greece where she lived until her death.

A French woman with a greek heart

Louise Riencourt was born in Saint Didier of France on January 19, 1846. She loved Greece and although she got married to Earl Riencourt in France, she moved to Athens with her two kids. In her huge living room, dance parties were organised and kings, princes and aristocrats of Athens were invited. She constantly offered money for various reasons, such as for the victims of the Macedonian Struggle, for the asylum of the incurable patients and for the people of Serres who were in need because of the bulgarian atrocities. She organized charity dances, she set up an embroidery factory for girls in need and she gave prizes to excellent students. Her love for Greece was so great that she made her son a Greek soldier and he took part in the Balkan wars as a commissioned officer. She died on February 27, 1941 in old age in Athens. 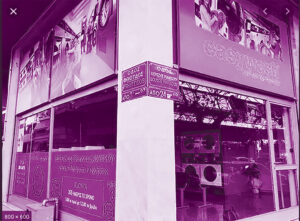 There is an avenue named after her in Ampelokipoi, Athens.