Mirziewski was among the select officers who accompanied the exiled former emperor Napoleon to the island of Elbe. Napoleon’s Guard included only the best military officers, and this Polish cavalry officer had proven his fighting skills.

Che Guevara of the Revolution

The Italian colonel Dania had written about him that he spoke with such confidence that the Greeks bowed before him without understanding his language and they crossed their arms as they did in church when they wanted to pray. Unfortunately, the Greek Revolution didn’t manage to benefit from the services of the Polish officer for long. Mirziewski was one of the many European philhellenes who were slaughtered at the Battle of Peta on July 4, 1822, as he attempted to break the Turkish siege. Before the battle he had said: “Everywhere I fought, under Napoleon and Bolivar, in France, in Russia, in Piedmont, in Naples and in South America, I saw how badly people were doing. But I have a clear consciousness because from a young age I fought for the justification of the oppressed people. Faithful to this principle, I only have one wish: To die for the liberation of the Greeks. May God grant me rest in this heroic land”. 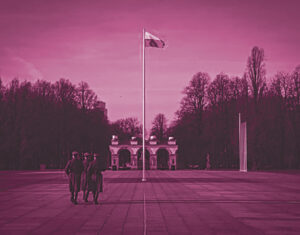 In honor of his memory, the Greek State gave his name to a street in the area of ​​Filopappou, Athens.